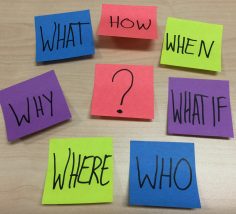 We don’t know what we don’t know… it’s a common statement that highlights that we all should ask more questions. We often battle on with inconveniences in our lives purely because we don’t know that there is an alternative.

The following was written by a client who has a severe arthritic condition and has very limited movement which means she is unable to leave her bed. If she had not asked for books in large print and instead just accepted that she would no longer be able to read books she never would have discovered the possibilities her iPad now allows.

" How did I manage before I found the Independent Living Centre WA (ILC), and before they found me?  I am an Elder with a severe arthritic condition which means I have to manage my life between visits from carers during 24 hours.  Having some control in a challenging situation is vital for a sense of independence.

I was trying to cope with five remotes and backup remotes to operate a lot of what I needed to make my life as normal as it could be in my new mode of living, within a new world, which I had to make to support an all-important routine that was different from what I was used to but just as vital. This was a difficult task. 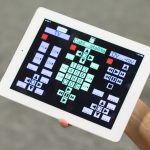 I often had to call on neighbours when I dropped remotes or phones, which happened regularly. However, there seems to be a limit to kindness and these problems became worse.

As well, reading became more difficult and I began to be deprived of my main interest, literature. Because of this problem I happened to phone my Library simply to ask for books in large print. Their reply was to send their people to talk to me about electronic books for easier reading. My whole world changed because I was shown the option of an iPad on which books were readily available. I was wary but acquired one.  The next step was that it needed a bracket to support it, the library suggested I call the ILC. 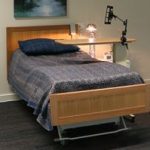 When Linda, ILC Tech Occupational Therapist, came to see me about a bracket to support my new iPad that was all I thought would be happening, but, thanks to the possibility of a grant, I received advice, information and help that has made my quite stressful situation easier to manage. I had no idea this technology existed. Linda was able to put some of my remotes on my iPad which meant with just a tap of a finger I could control my TV, Foxtel and my fan in summer, rather than juggle with awkward remotes.

To help the phone situation, which had been difficult for me to use, Linda arranged to have installed, a button, which puts me through to the exchange who connect me to any number I need. This is secure and easy to use. I was amazed at such clever solutions and quickly became used to this new relief that had come my way from an original simple enquiry about large print!

Linda’s perseverance and diligence has resulted in freeing up such a lot of my life that has become available to me for creative pursuits. The confidence that came with more independence has been a health improvement factor. I have so many choices now, with what my iPad makes available to me. Also the bracket which was organised to hold my iPad makes it very easy to use.

With my improved health I can achieve much more. Solving problems, continuing to make decisions, being involved in interaction and communication, as well as having a network of people through my life, makes for a better life than I might have expected. My iPad has become my friend and I can’t live without it.”

If you don’t know that there is something to help with your problem, then you don’t know to look for it. I often think kids have it right, they are naturally inquisitive. “Why did you…” or “why can’t we just…”, they don’t just assume they are doing everything correctly or the easiest way so they inquire, they observe others’ ways of approaching a task.

Ask questions, there is more to gain than to lose.

If this article makes you think that there could be a piece of equipment or technology that would help you to do the things you want to or are struggling to do, the Independent Living Centre WA (ILC) provides free information and advice to help people choose and access assistive equipment, technology and home modifications that enable people to live more independent and fulfilling lives. Visit our website at www.ilc.com.au for more information.